How to Play Tekken 7 on Low-end PC or Laptop?

What PC Software Do Gaming YouTubers Use? – Top 5 Apps

Hey guys, let’s take a look at Rockstar Games Launcher, Rockstar Games has moved all their games and even announced that future games will also release on the official launcher program.

So let’s review this amazing application. We will also be covering a brief guide on how to install Rockstar Games Launcher on Windows. Now, many people also face offline mode and no establish connection problems, so we will also share a simple method to fix those issues.

The good news is you can now purchase games in low price because Rockstar won’t have to pay a commission to steam, or epic games for publishing their games on their sites.

Let’s also talk about some downsides, steam and epic games are actually available worldwide and there are mostly fewer restrictions and that is the reason why Rockstar Games Launcher shows connection errors.

For those countries where Rockstar Games Launcher isn’t available, we recommend still sticking with Steam or Epic Games until Rockstar actually open a server for your country, or check the below FAQ’s section solution.

How to fix connection errors in Rockstar Games Launcher? 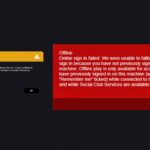 To fix the offline mode and no establish connection in Rockstar Games Launcher, you will have to use a VPN because the Launcher is not officially available worldwide. you just have to use VPN only once just to turn on the launcher on Windows and you can disconnect it once your game ran up.

How to Install Rockstar Games Launcher 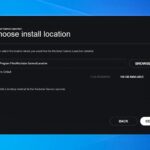 Social Club legacy installer was discontinued, but if you are looking for a specific version, you should check out the Rockstar Games forms page.

If you have a question, feel free to ask in the comments.

So far it's great because the launcher gave us games for a low price, but it has many connectivity issues.

How to Play Tekken 7 on Low-end PC or Laptop?

Login below or Register Now.